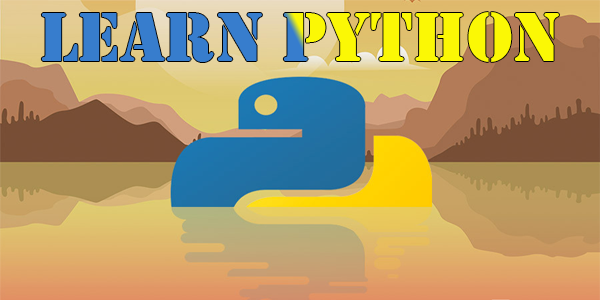 Learn Python Programming. Python is a general-purpose programming language released by Guido Rossum in the year 1989. It is preferably designed for fast prototyping of Complex Applications. It has interfaces to various Operating System libraries and is extensible to C++. Various Large companies use Python Programming include Amazon, Spotify, Facebook, Youtube, Google, NASA, BitTorrent and many more.

Python programming language used in Artificial Intelligence (AI), Machine Learning, (ML) Natural Language. It has other advanced fields of Computer Science. Python had a great focus on code readability and this tutorial will teach python language from basis.

Why do we learn Python Programming Language?

Python is one of the best-loved programming language. Many developers, software engineers, and even data scientists use python to solve their problems. It is flexible, versatile and Object-Oriented. Today we use many interesting mobile applications because of Python, a wide collection of modules, File extensions and abundant libraries. Python is also best for building Micro Projects to Macro enterprises as well as help other programming languages.

It is a high-level programming language and can solve complex tasks easily. Python has clean syntax and easy to learn. Thus, it is highly recommendable for those who want to do something in modern life. You can learn Python By watching Videos Tutorials also here you can see basic to advance tutorials. If you want to learn Python Programming then subscribe to our newsletter for further best tutorials.

In addition, you can learn C++, C and PHP these are also server scripting languages.

There are many reasons to learn Python. Above all, if you will learn hope so you will become the best programmer.

Do you need any help?